9.1.5 came out. Lately I have been taking my Shaman through the Venthyr story line. I would like to get my main, who is Necrolord, further into the stitch factory and that requires anima. So I'm changing tacks. I'm going to go back to Korthia to continue working on that rep.

I stopped in Korthia soon after finishing all the introduction quests and have not done much in terms of world quests. Last night, as I was doing world quests in Shadowlands proper and taking out elite mobs in Revendreth, I thought, this is silly. If I'm going to do world quests I should be doing them for the newest area instead of tooling around older content. Especially if I'm looking to make anima faster, and that is the goal...at least for Zab.

How to get your class order mount from Legion retroactively

I am working on my 1st(warlock), 2nd(warrior), 3rd(death knight), 4th(demon hunter), 5th(hunter), 6th(druid), 7th toon mount (shaman in case you're interested). Every once in a while I take a toon and go back and go through the steps to get this done. As I've gone through my toons they have had less and less completed in Legion and it's taken a fair bit to find the ends of the quests I left behind to figure out how to get these done. This time I thought I'd write it up and put it out there. Even if it's only for my reference for the next time I head out to kill all the demons yet again.

Working backwards...You will have a final quest chain to get your mount. To get that you have to finish the achievement Breaching the Tomb. Everything else you will need to finish in your order hall is to get you to this achievement. The biggest hurtle is completing the achievement Champions of Legionfall which is also a step in Breaching the Tomb. This achievement must be completed by getting your patch 7.1 follower. To do that you must complete your order hall campaign parts and get all your other followers.

First, you will want to have at least one toon that has gone through the entire Legion thing and gotten the achievements from the campaigns. If you were active during that time you have an advantage as you probably have most everything you need. I have to say, that by going back to get this finished I pretty much completed my class order hall along the way. So plan on doing that as you go. There is lots you can skip but some you cannot.

I just had to find the missing pieces. This time it was a bit more frustrating to find the breadcrumbs and get on the right path.

Where I was stuck most often was the quest to complete 5 missions at your mission table. It looks like every class has a version of this in their class hall quest chain. *note* if you can't do a mission check to make sure you don't have too many followers active.  This seems to be a gate. If you have that quest you have no choice but to take the time to finish them. From my recollection I've had to do them on every toon I've gone back to. After that I was able to get about 4 followers around my order hall and start the quest line for the extra final follower for Champions. This is when I had to go dig through my class hall quest chain in Wowhead and find out where I was. It is really easy to get sidetracked here. Stay on the path paduwan. :)

Once this follower is done go to Broken Shore. Breaching the Tomb quests will come one after another from the 4 NPC's at Deliverance Point. Kadgar, Illidan, Velen & Maiev. They will all have multiple quests at different times. You don't need to do any but the ones that are listed in the achievement. Lucky for you, the names of the quests are the items in the achievement. All of them are pretty easy but here are the oddballs. Assault on Broken Shore is completing a Legion assault. The hardest part about this one is finding the assault. Go to the Wowhead main page. Scroll to the bottom and select Legion to find the assault schedule. Find the next best timeslot and go. Schedule it for yourself if you have to, or you'll be waiting for a while. Champions of Legionfall is as described above. Finish your hall and get your follower. Self-Fulfilling Prophecy is doing 8 World Quests on Broken Shore. There are not 8 up at a time so you can't complete this one sitting. You will be coming back the next day to complete this in two. Intolerable Infestation requires killing 50 demons in another location. Felsoul Hold around Suramar,  and Faronaar in Azuna are the two locations. Your choice. I haven't found a particularly easier place at either of them. There are some recommended spots in Wowhead. I decided this time to go to the most uprated location in Faronaar, Trickster's Cut. I needed to get that flightpoint anyways. Relieved of their valuables is about getting chest on broken shore. As soon as you pick it up all of a sudden there are no chests to find. This quest along with the one to kill the elites, Take Out the Head, just annoy me. It feels like Blizz has decided to make this difficult and severely curtail the chests and elites available that you need to kill as soon as you pick up the quest. Just fly around the island until you find them. For both of these quests sometimes you get lucky and sometimes it's a grind. Give yourself extra time or an extra day for the rares. On a side note this might have been changed since the last time I did it. This time I found chests very quickly and the rares didn't seem to disappear when I took the quest. They are on a timer however. I killed two then had to wait for the next group to spawn. This seems to be the intention if you read the Wowhead posts associated to this one. Strike Them Down is the last one. Kill more demons but on the isle. Once completed you should have a new NPC show up around deliverance point that is sending you back to your order hall. Complete the final quest chain for your class and you have a new mount. Depending on the class you may have a few different versions that either change look with your spec or have color variants you can purchase or complete quests to get. Some classes are more involved and have more steps than others. If you've done this on one toon, don't expect it to be the same on another.

There is lots of competition for all of these quests still. Broken Shore is still very popular and you will have no shortage of llies and enemies to fight over resources with. Every time I've gone to do these uests there are just as many people as the time before. Be patient. Don't expect to do this in one day or even two. Every time it's taken me about a week or so, and that's around work and raid and life. Have fun and enjoy the journey. 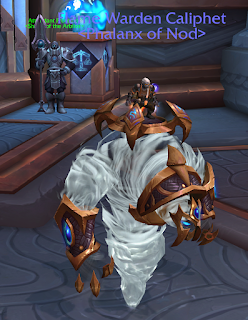